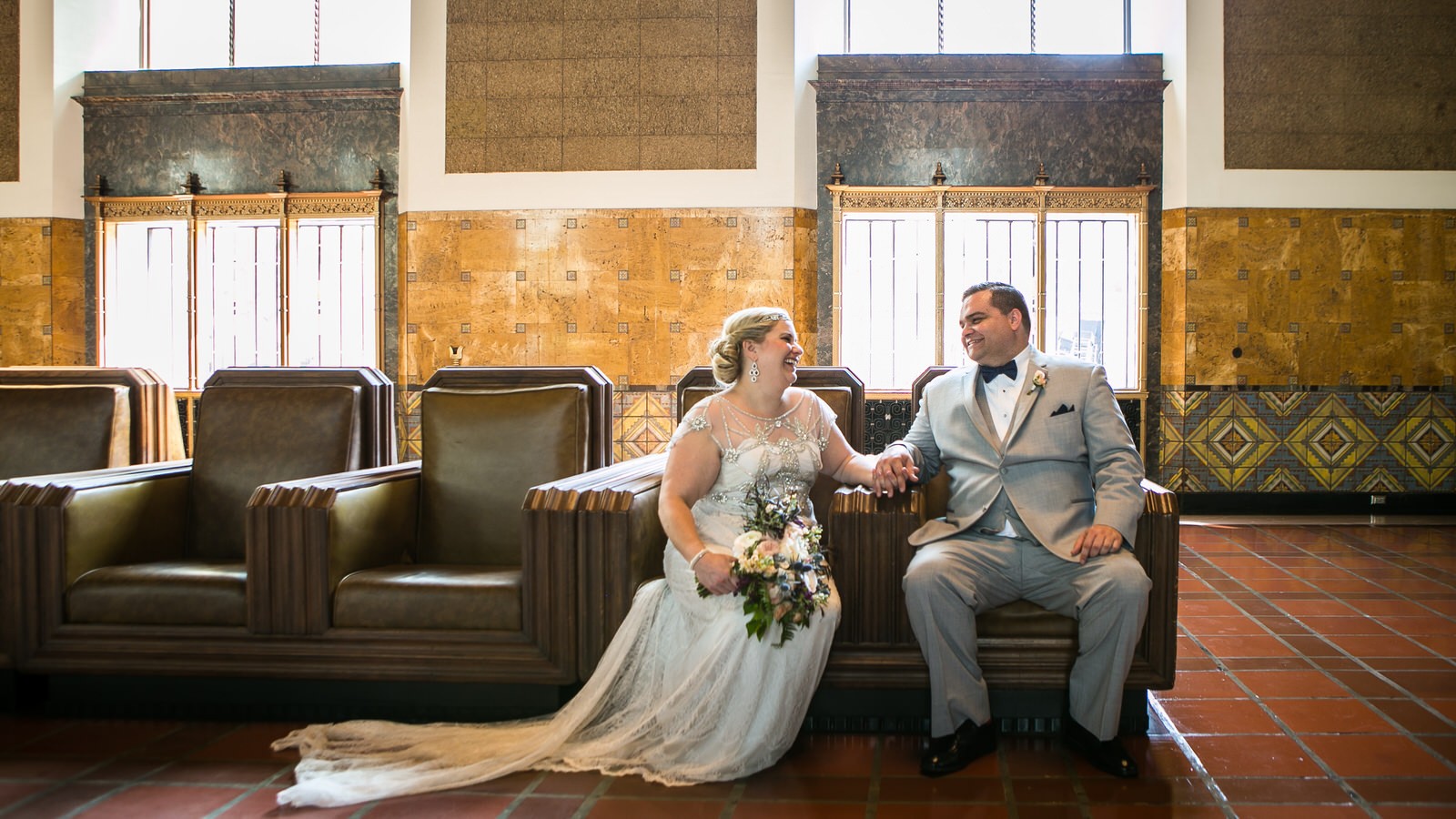 Having a themed wedding at a historic landmark is the way Chis and BriAnne wanted to say “I Do”!

The morning began in a two-story suite at the Biltmore Hotel in Downtown Los Angeles. BriAnne and her bridesmaids got dolled up with the Great Gatsby theme in mind. BriAnne stepped into an elegant dress and met her groom, Chris, in the hallway for a First Look. The couple was then escorted to their wedding venue, Union Station, in a 1953 Rolls Royce.

At the Union Station, the couple’s ceremony was held in the South Patio Area. Here is where Chris and BriAnne shared their personal vows, took part in a unity glass ceremony, and sealed the day with a kiss. The gathering continued in the Main Concourse Room with a live band, dinner provided by food trucks and a donut cutting instead of a traditional cake cutting ceremony. 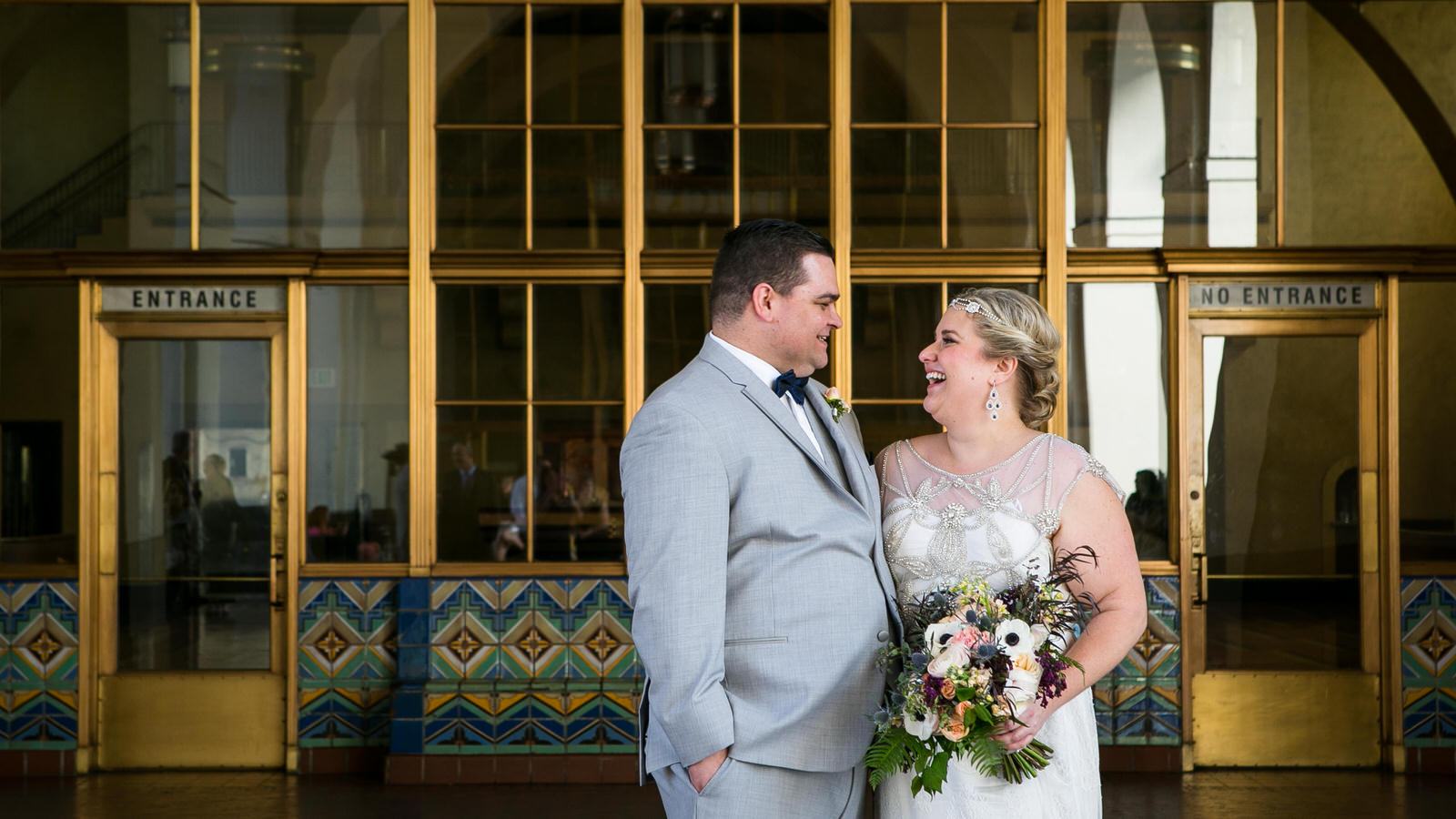 Planner: At Your Door Events 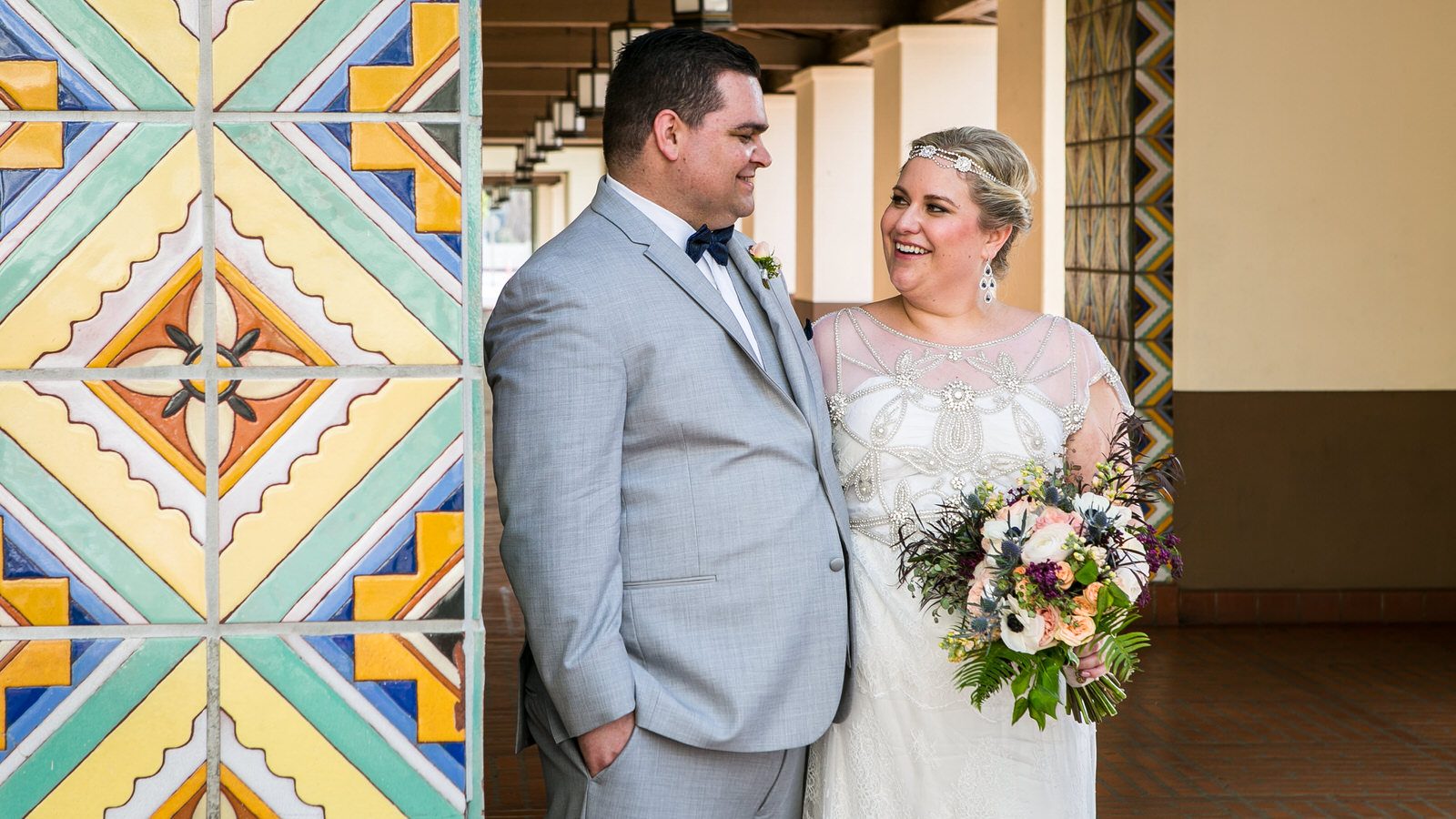